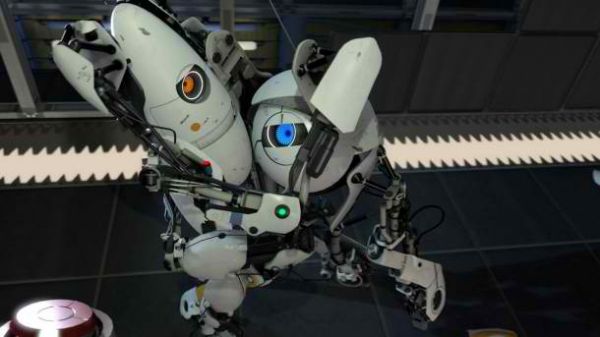 Are you wondering which console will have the best version of Portal 2?  Valve has insisted that each version of the game is the same across all platforms.  This may not be the case.  For console gamers who value cross platform play, the PS3 version is "the one to get." Why?  Content-wise, both the Xbox 360 and the PlayStation 3 versions are supposed to be exactly the same.  Valve writer Chet Faliszek recently explained the differences between the Xbox 360 and the PS3 versions to Eurogamer:

It's just once you start looking at co-op...  The Mac, PC and PS3 can all play together, they will all get updates quicker.

Another Valve writer, Eric Wolpaw, made the choice crystal clear:

If playing cross PC and PS3 is important to you, then pretty clearly it's not even a matter of opinion. PS3 is the one to get.

Faliszek went on to explain the benefits of the PS3 version:

On PS3... you get the frequent updates. The frequent updates allow a lot of things. They allow the cross-platform play to happen. You get the Steam cloud. So if you're playing a PS3 over (at) your friend's house, and play on his PS3 the save is recorded.

You also get the Steam copy. It's not a copy we just give away. It's attached to your PSN and Steam account. But yeah, there are some cool things you can do there.

So there you have it, folks.  If you enjoy a little cross platform co-op, the PS3 version is the choice for you.  Xbox 360 owners probably won't even notice, because they'll be too busy being awesome. (That, or getting screamed at by twelve year olds while playing through the quagmire of Xbox LIVE.)

If you're looking to save a few bucks, Amazon has got you covered.  Right now you can pre-order Portal 2 for the Xbox 360, PlayStation 3, or PC and save five dollars.  This deal won't last forever, so get to buying.