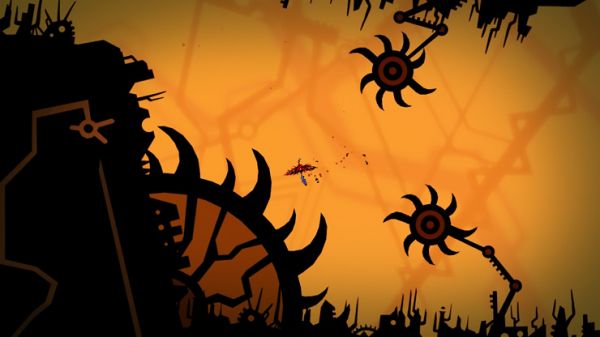 On the last day of PAX East I wandered the show floor looking for anything interesting that I may have missed during the many co-op filled appointments we had the rest of the time. One of these stops was a visually unique title with a side-scrolling twin-stick shooter style gameplay called Insanely Twisted Shadow Planet by developer FuelCell games. To my shock and surprise, one of the staff on the game actually mentioned that the game will be Four-player online and offline co-op. How did we miss this, you ask? It's simple really, Insanely Twisted Shadow Planet wasn't given the green-light for a co-op announcement until March 13 on the PAX East showfloor!

Basically, Microsoft wanted to keep the multiplayer quiet as a nice pleasant surprise - but keeping it until Sunday of the show made it so no one was really asking about it anymore. The gameplay with co-op sounds like it will be through the whole campaign, solving environmental puzzles (like killing enemies with the right weapons to pass them, or moving things like rocks to clear your path).

We're hitting up the company for as much info as we can get now, so hopefully we'll have a ton of details on the game for you soon. The game is set to release this Summer exclusive on XBLA, so hopefully we get that info quickly - after we hear some more about it I'll also be posting impressions on the actual gameplay. Seriously though, four-player puzzle adventure co-op across the country or on your couch. Perfect for many of us.