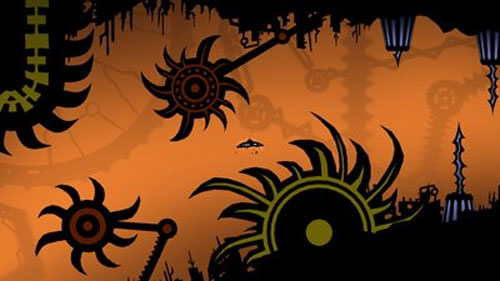 Insanely Twisted Shadow Planet is being delivered on the PC later this month. Shadow Planet Productions, the studio behind the dark, stylish, adventure game have announced that their multiple award winning title will be coming to PC on April 17.

In an official press release earlier this week, the creators of Insanely Twisted Shadow Planet, Michel Gagne and Joe Olson are elated to finally have their creation as one complete package. In the Xbox Live Arcade release, the Shadow Hunters Co-Op mode was a separate game add-on and really did not get its time in the sun. Players will be able to play locally or online with their friends "to defeat the infection shadow entity once and for all!" I think it is time to revisit the dark world once again for some Insanely Twisted Shadow Planet two player co-op.

The PC version of the game will feature increased resolution, improved controls, and the two multiplayer modes: Lantern Run and Shadow Hunters. Along with the PC release, the XBLA version will be discounted to 800 and the Shadow Hunters DLC will be available for 400, allowing Xbox 360 owners to get the game for the same price.

Insanely Twisted Shadow Planet will be available for purchase on April 17th for $14.99 (STEAM and Games for Windows Live) but you can get it for 25% off with the STEAM pre-sale that runs from April 10 - 16.