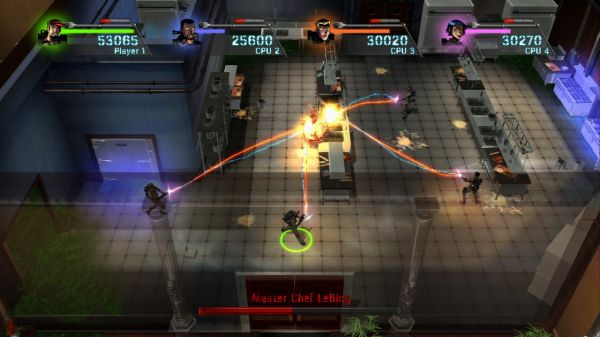 Ghostbusters: Sanctum of Slime is out this Wednesday, March 22rd on Playstation Network and PC and March 23rd on  Xbox Live Arcade.  The four player co-op game is a top down shooter where players assume the role of a new squad of Ghostbusters saving the world once again from certain doom.  To celebrate the launch we've got a fresh batch of a screens and a new developer diary that focuses on the game's difficulty.    From the sound of things, you'll definitely want some experienced Ghostbusters by your side *insert crossing the streams joke here.*