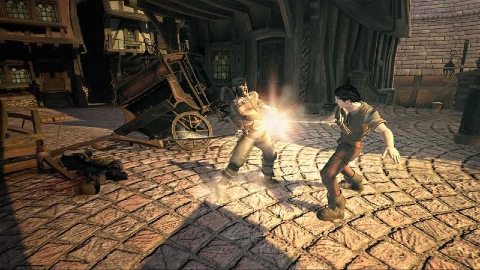 In what appears to be another stab to the heart and a growing trend in console games, the Gamerscore Blog has announced that Fable 2 will be without online co-op from day 1.  According to Lionhead the online component wasn't quite ready to go at launch, but the plans are to have a patch out "within the first week of launch."  If you remember, Fable 2 was promised to have a unique co-op mode in which players would see floating orbs representing their friends in the game world.  To start a co-op session they'd simply need to walk up to the orb to send the invite or join their world.

This news comes hot on the heels of another announcement from Sony in which their AAA title Little Big Planet would be launching without the much anticipated online co-op creation tool.

I gotta say I'm pretty disappointed and concerned by this; and this is a trend I hope that stops quickly.  PC users were plagued for years by the release first/patch later philosophy.