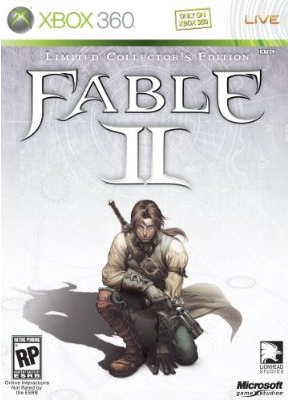 Fable 2 gets it's own release alert, because frankly it's that's friggin good.  Plus, I don't think Crash, Spyro and Rock Band 2 mind.

So yeah, Fable 2 releases October 21st this week.  And with it comes a 2 player co-op experience  for both online and offline.   Yes..ONLINE, as the official development blog confirms the patch is ready to go and past certification.  Like they say, they could never have told anyone, and there wouldn't have been such a stink about it.  Of course, there's no such thing as bad news as there was plenty of press as a result.

To help promote the launch, the Sci-Fi channel is running a special program called "Hero Factor" which examines what it takes and what it means to be a hero.  They've assembled a cast of actors, writers, developers and more to weigh in on the subject; and of course Fable 2 will have some focus.  If you didn't know, the term and the role of a hero in VERY important in the Fable universe.  More on that later.

Other Co-Optimus Articles about Fable 2