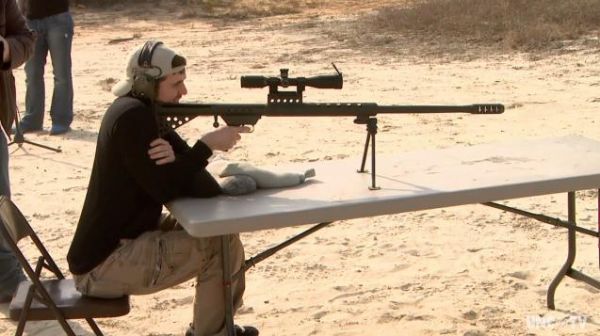 Here's a neat little bit of news that crosses over from another of my hobbies: guns! Red Storm Entertainment, the team behind the Rainbow Six series and the upcoming Ghost Recon: Future Soldier, recently had some fun at the shooting range in an effort to capture raw audio material. Accompanied by UNCTV.org's David Huppert and an ex-SWAT armorer, the sound designers got their hands on some interesting pistols, fully automatic carbines, and even a .50-caliber BMG sniper rifle.

Later, the art team were given the opportunity to photograph and examine a number of weapons (look for one just like mine at the 4:40 mark). The video mixes in some gameplay footage from Co-Optimus community favorite Ghost Recon Advanced Warfighter 2, but doesn't show anything significant in the way of new Ghost Recon content.  It wraps up with a quick look at Red Storm's marketing approach and commemoration to the U.S. Armed Forces that they take their inspiration from.