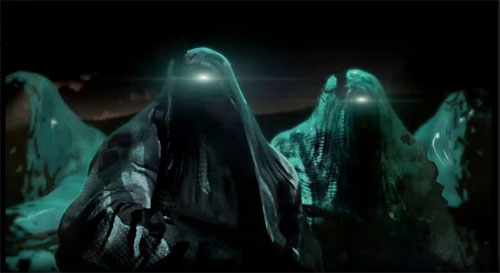 Details are starting to be released on the new Ghost Recon game entitled Ghost Recon: Future Soldier. We told you guys a little while back about the game's officially announcement accompanied with a teaser trailer, but didn't have much more information at that time. Now we have the joyous affirmation that yes, Ghost Recon: Future Soldier will indeed feature co-op! Better yet, it's 4-player drop-in/drop-out co-op. What else will this new installment in the Ghost Recon series offer us, though?

The latest issue of the Official Playstation Magazine (which is arriving for subscribers this week with the on-street date set for March 16th) features eight pages full of GR: Future Soldier details and screenshots. According to CVG, these are just some of the morsels of information the article reveals:

* 4-player drop-in/drop-out co-op will be available (but on the flip-side, there will be no squad-based commands)

* Character classes will have an important role in the game; players will receive bonuses for their class (e.g. optical camouflage for the Recon class, heart sensors for the Sniper class, shoulder-mounted missiles for the Commando class)

* The game's setting is 10-15 years after the events of Advanced Warfighter. The plot will revolve around the Ghosts setting out to stop an ultranationalist group that has dealt away with the president of Russia

* There will be lots of close-quarters combat in the game

Also, keep in mind that there's a multiplayer beta offer for Ghost Recon: Future Soldier if you purchase Splinter Cell: Conviction for the 360 (another game that we're jumping out of our seats for). While supplies last, at a later date you'll be able to access the beta through SC: Conviction's in-game menu, so make sure to hold onto your disc until Summer 2010 if you're interested!

As always, we'll keep you updated as we learn more.