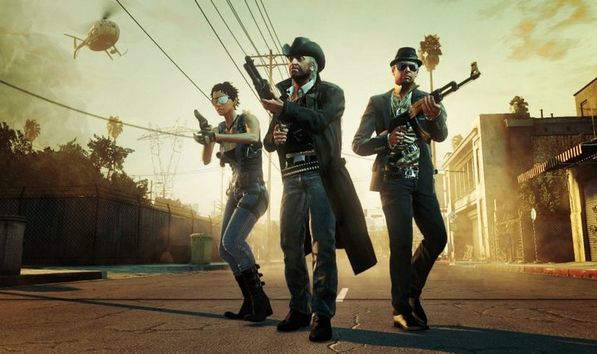 The publisher of Call of Juarez: Bound in Blood is backpedaling hard from its statements two years ago; once quick to attack the effect of co-op on a game's plot, Ubi has whipped the cart around and tried to make good with co-op fans. Last month international product manager Aymeric Evennou went so far as to say that cooperative gaming is the hot ticket item in this current generation:

...[We] were looking at where we could go next and we had already previously done two Western games, so we thought, what could we do? One of the first things we knew, was that players really wanted a co-operative mode...

It has been a real challenge, but it was not something that was optional for us from the start, really. ... [We] took a lot of time to make it work, so we have drop-in/drop-out co-op as a feature. When we talk about taking this franchise to the next level, co-op is something that players now consider as a must-have feature, but bringing three-player co-op was especially hard work.

Refreshing, to say the least (and bodes fairly well for Call of Juarez: The Cartel). After lampooning Ubisoft for their stance against campaign co-op, I finally have my druthers. Now I just need to get Nick to hang in there at Chicken Suits Anonymous, and I can bury that entire post.