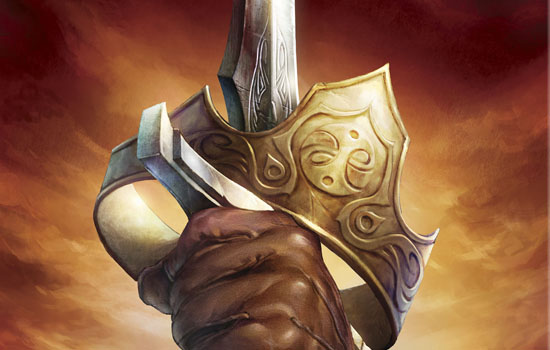 Everyone knows that game show Let's Make a Deal, right?  Remember how there are three doors for contestants to choose from, with prizes that range from a new car to a wheelbarrow full of dirt?  Well, the PC release of Fable III is going to be like that in a way.  But no matter which door you choose, the same Fable III goodness is your prize.

Fable III will be released simultaneously via Steam and Games for Windows Live, as well as to retail shelves.  Steam purchasers get exclusive weapons and tattoo sets to customize their hero.  Those who use Games for Windows Marketplace get "Fable: The Lost Chapters", the beginning of the Fable saga, for free.  Presumably, retail buyers get no bonuses, unless you count paying extra tax, I suppose.  Fable III releases for PC on May 17.