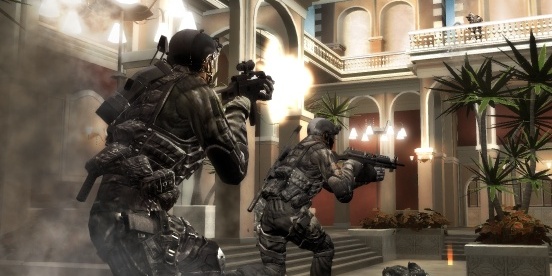 Much to my dismay, we haven't seen any information on a new Tom Clancy's Rainbow Six in over two years. (Well...except for that one iPhone version...) Today it all changes.

NeoGAF users have known about a web address registered to Ubisoft for a while now. RainbowSix-BD.com was reserved back in 2009, right around the time that the industry and gamers alike had speculated on a Rainbow Six title for 2010. For whatever reason, the domain has sat dormant and the rumors wafted away. Until a recording engineer for Tonehammer, Inc. let spill that he'd "developed Pro Tools sessions from Ubisoft audio for the game demo of Rainbow Six" this very year, 2011. Further substantiating the rumor is Tonehammer's self credit for work done on Ubi title Splinter Cell: Conviction, and the fact that Sean has since removed the listing from his profile.

So...what do you think - is the Rainbow Six series still alive and kicking?