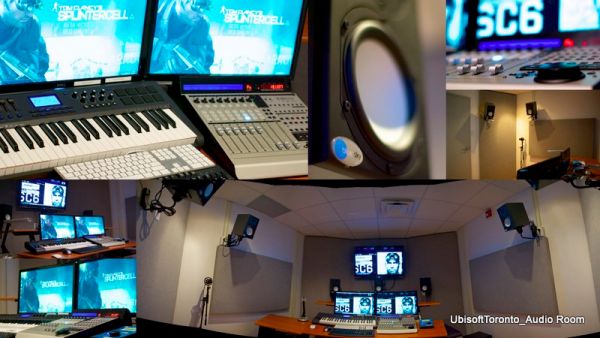 It would appear that Ubisoft has been busy working on another sequel for the Splinter Cell franchise, as we are starting to see some images of an apparent menu screen. The dissection of this image is very straight forward, as VG24/7 states:

It doesn’t show too much other than what appears to be a menu that shows the words “Splinter Cell 6″ and that it features Sam Fisher in his NGV goggles.

That's right folks, Splinter Cell 6 appears to be well on its way. Hopefully be E3 we'll have some details on whether or not Sam will be working with a partner, or we may see another team-up of sorts. Ubisoft's team really seemed to enjoy playing with co-op mechanics in Splinter Cell Conviction. Not going to lie: we enjoyed it, too.

As more details come to light after the unveiling of Splinter Cell 6, we'll be sure to let you know what they look like - and how much co-op we can look forward to, or be disappointed with missing out on. C'mon Sam, all the best heroes have a sidekick or - uh - "predecessor in training" to team up with eventually.