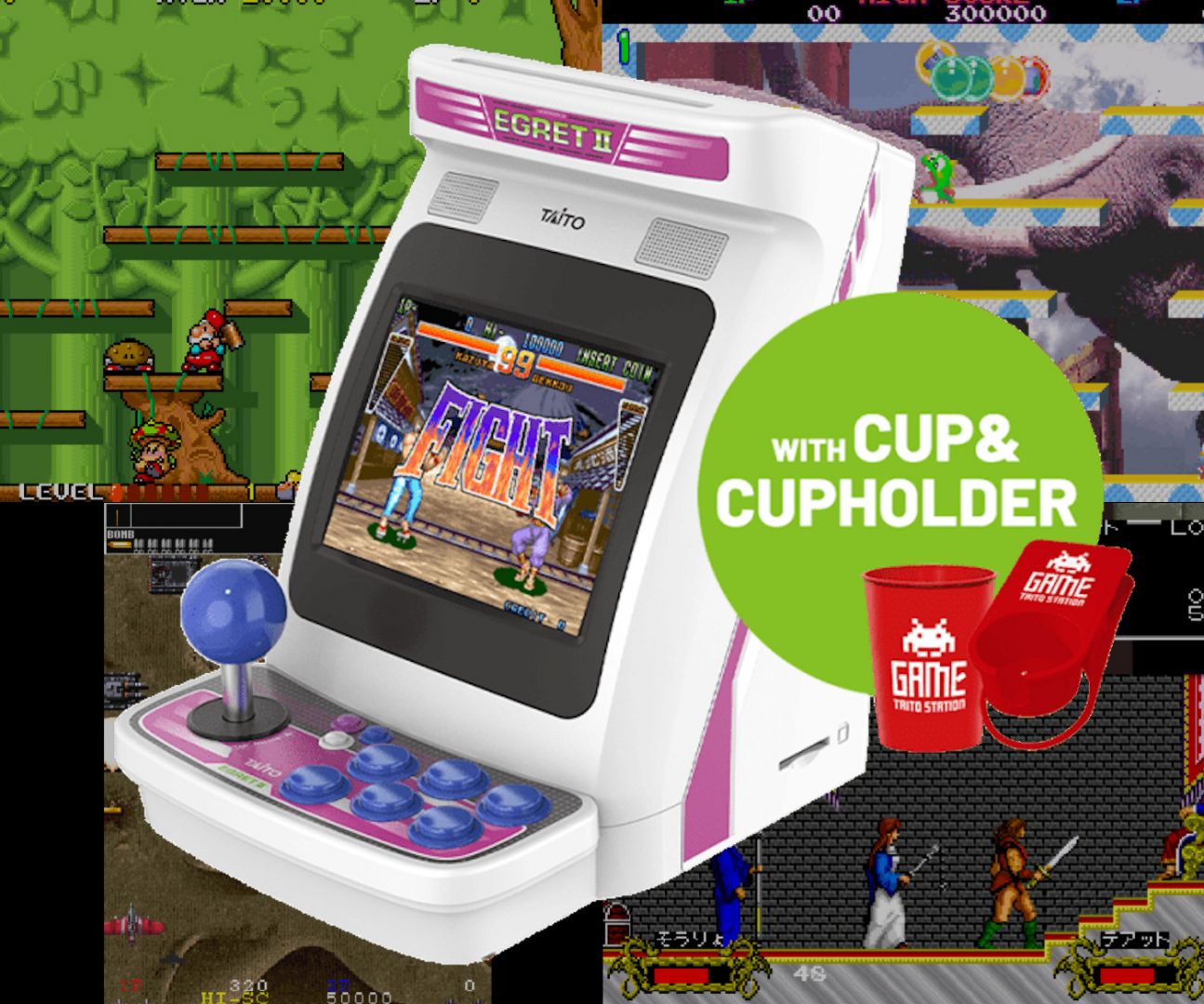 Near the end of last year, Strictly Limited Games announced that it would be distributing the Taito Egret II Mini arcade cabinet outside of Japan. Little else was revealed at the time, but that all changes today. Reservations are now open for the Egret II Mini (which comes with 40 classic arcade games) and its accessories, though a release date remains elusive.

The Egret II Mini is a miniature arcade cabinet that features:

Two retailers will be selling the Egret II Mini outside of Japan, each offering different options. Prices do not include shipping. Prices are slightly higher than ordering from Amazon Japan, especially given that shipping costs on these non-Japanese editions haven't been revealed yet. At the moment, each storefront simply allows customers to place a reservation for free. When preorders actually open up, people with reservations will get the first shot at ordering the Egret II Mini and accessories.