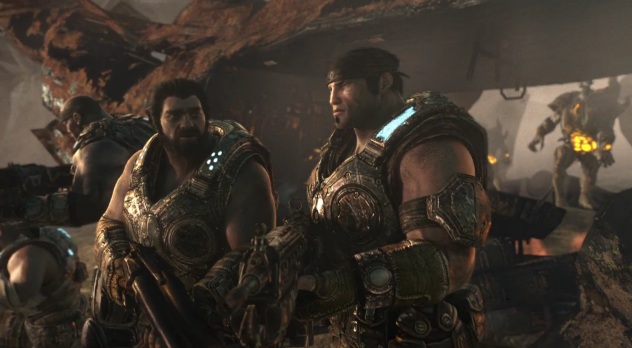 Gears of War 3 is out today on the Xbox 360.  Our review will be up this morning, but most likely, you've already got plans to buy it - don't you?  Don't worry, we won't judge.  The Gears of War series have been a solid co-op experience through and through, with both campaign and Horde Mode co-op.  Gears 2 set the bar for it's co-op gameplay and even included more content for the co-op player in the form of DLC.  So it should come as no surprise that Gears of War 3 will continue the DLC trend.

You've already heard about all those weapon skins available, but all of the DLC won't be cosmetic.  According to Eurogamer, Epic has plans to "consantly" work on DLC for Gears of War 3 which includes new maps, new campaign content and "new cooperative experiences."  Could this be our first hint at another co-op mode coming to Gears of War 3 outside its four player campaign co-op, and five player Horde and Beast modes?

With at least four pieces of content already in the pipe line, the Gears of War Season Pass is looking to be a solid deal, especially considering more co-op goodies are coming.