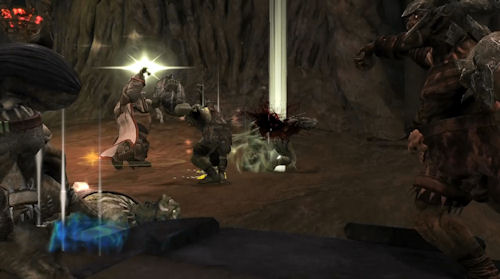 Loot.  Drops.  Booty.  Bounty.  The Goods.  Bling.  Equipment.  GEAR.  Whatever you call it Dungeons & Dragons: Daggerdale looks to have plenty of it.  Swords, armor, shields, axes, and helmets.  Sadly - there's no pants of holding +10.

We've got a new trailer for the game which releases later this month on Xbox Live Arcade, PC and the PlayStation Network showcasing the loot system.  There looks to be plenty to go around for your party of four co-op players, almost... too much.  But really, you can never have enough, as they say,  squeeze.