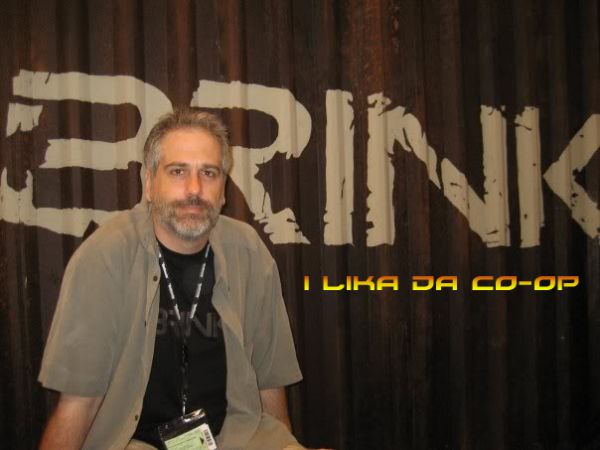 The Creative Director of Brink recently responded to the MTV Multiplayer Blog's "Developer Pop Quiz", and while the results aren't entirely a surprise - we couldn't help but agree with at least one of his answers. When asked about the most important thing that has happened to gaming in the last 10 years, he replied, "co-op" (in not so few words).

What is the most important thing that has happened to gaming in the last 10 years?
The rise of co-op's popularity. It's the one thing that our form of entertainment (video games) can do better than any other entertainment out there.

I wonder if he used the Phone-A-Friend Lifeline to call Ken Levine, who - two years ago - predicted that co-op was the future of gaming. It's always nice to see industry figures with a fair amount of clout confirming our love of cooperative video games.

Check out the rest of Richard's quiz answers for an interesting view into the mind and the experience of a very co-op friendly developer.