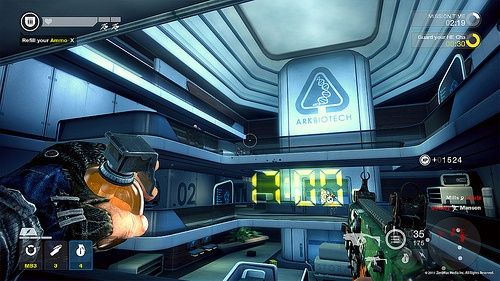 The first DLC for Brink is expected to be out early this July.  The Agents of Change pack will have two new stages, a new ability for each class, two new weapon attachments, and two new outfits so you can play dress up with your friends.  You can see them all detailed here.  The new abilities may look familiar to anyone who hit the level cap.  They pop up when you hit level 20, then disappear.  At least they used to, this may have been patched away by now.  I'll finally get to use those Napalm Grenades I unlocked back in May!

I almost forgot the best part!  This DLC will be FREE for the first two weeks it's available!  In addition to the DLC,  the team at Splash Damage is hard at work on another game balancing update.  I would like to propose a fix that would make bullets more effective when I'm shooting them and less effective when I'm getting shot.  And I want my roided-out Soldier to be more Parkour-able.  Can we do this?   We can expect the Agents of Change pack in the coming weeks.  It will be available through Xbox LIVE, PSN, and Steam.  You can even see some pics of the new gear in action in the attached gallery.  Get it while it's free, because they'll be charging for that sucker soon enough.