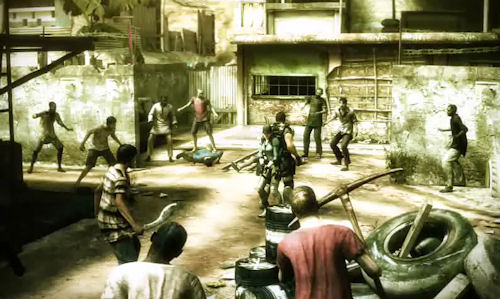 There's been plenty of times when we've said a trailer "kicks ass," but never have we meant it more than the latest trailer for Resident Evil: The Mercenaries 3D.  By our count there are at least two dozen karate kick action sequences in this trailer which features the full arsenal of playable characters: Chris, Claire, Rebecca, Jill, Wesker and Klouser.

The game is set to be released on the Nintendo 3DS in just one month on June 28th, and when it hits, it'll feature two player online co-op through the survival style missions.  Hiya!