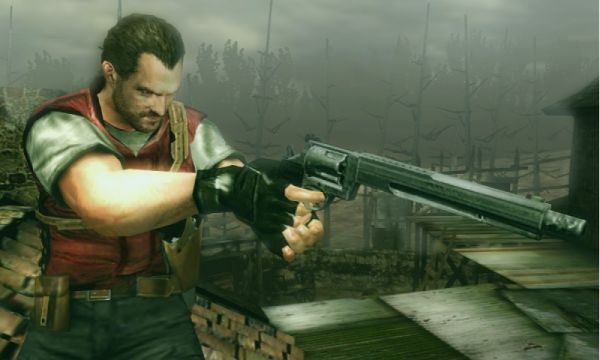 There have been reports that save game files cannot be deleted from the Resident Evil: The Mercenaries 3D game cartridge.  Several gaming sites have reported that the instruction manual specifically states that, "saved data on this software cannot be reset."  This has lead people to believe that Capcom has done this specifically to curb (stomp) used game sales.  Since the saved data can't be reset, people who buy a used copy of the game won't be able to start a new game from scratch.   Gamers have speculated that this will greatly detract from the Mercenaries 3D's trade in value.

Capcom insists this in not the case.  A Capcom spokesperson told Eurogamer this "feature" will have no effect on the game's trade in value:

The game's value at second-hand in the UK is not affected by whether or not the game can have its data reset...  Customers in the UK will not experience a reduced second-hand value should they whish to trade in their purchase.

That sounds great for the UK.  Capcom must have a way of regulating the amount of money retailers can offer for a used copy (I doubt it) - because the value sure has been reduced in Japan, where stores are offering a measly six bucks for trade-in value.

You can see if the game is worth it in the following 40 minute video of gameplay footage.  If you want to fast forward to the co-op, you're looking for the 28:10 mark.