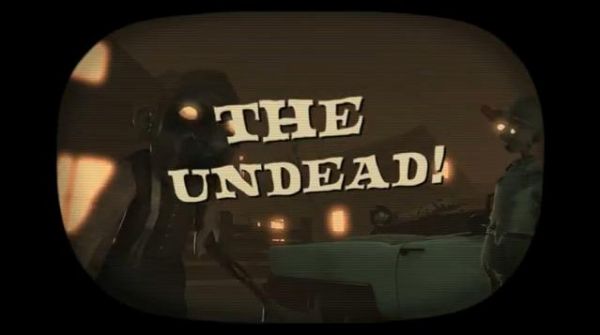 Our own Sam Tyler announced Dead Block on Co-Optimus a few weeks ago.  In his article he subtly alluded to the gaming industry's tendency to occasionally overuse an idea once it has proven popular.  I like his style, so in the spirit of the industry, I'm going to "borrow" it.  (I'm even reposting one of the  trailers he linked.) Dead Block is the latest "dead" title to "deaden" up the "undead" market place.  Seriously, type "dead" into Co-Optimus' search box.  Attack from the Dead, Dead Block, Dead Horde, Dead Island, and Dead Nation pop up.  Don't forget Left 4 Dead, Left 4 Dead 2, Dead Rising 2, House of the Dead Overkill, etc.  And remember, we only cover co-op games.  I am officially copyrighting the titles Dead Dungeon, Dungeon Dead, and either or both of those titles with an "of the" crammed in the middle.  Okay, I came up with the title.  Now someone go make the game and give me 50% of the profits.  Game development is easy!

Dead Block looks like a Call of Duty Zombies clone, but instead of heads of state or horror icons, gamers will play as one of the Village People, a questionable African American stereotype, and the kid from Up.  It appears that the emphasis will be on traps, giving the game a very tower defense vibe.  .  According to the trailers, Dead Block will be out this summer.  It's available on Xbox Live Arcade, PlayStation Network, and PC.  The game will reportedly have 4 player local co-op.  The trap mechanics and cutesy art style may set this downloadable title apart from the pack.  Check out the trailers after the break.