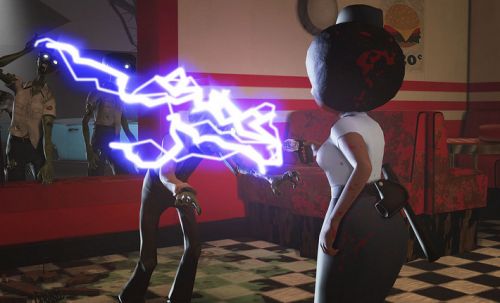 In case you missed it: Dead Block recently launched on PC.  It's a tower defense/action game where four players battle against, wait for it, a ZOMBIE HORDE!  Set in the 1950s, the invention of Rock n' Roll has spawned a "musical plague" which threatens all of mankind.  Build traps and barricades, upgrade weapons, and use one of three unique characters to survive the night.  The stylized graphics and campy humor may make this title worth another look.

Dead Block came out last summer for the XBLA and PSN, and it's finally made its way to the PC.  The game supports four player local co-op via split screen.  Check out the following video for a taste of the action.