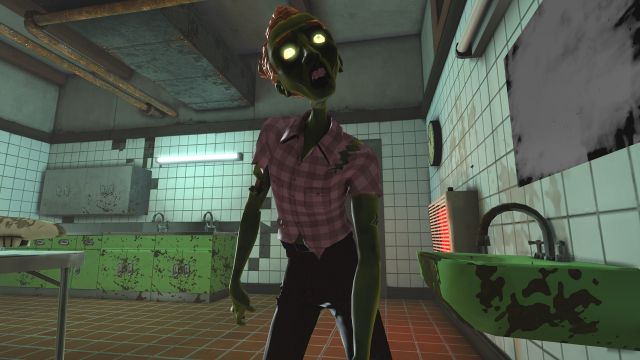 Do you know what is better than creating elaborate traps to exterminate zombies?  Even more elaborate traps!  The xbla version of co-op zombie game Dead Block has received DLC containing four all new maps for 240 Microsoft points.  More information and screens ahoy!

The new maps will contain the same style of 4 player gameplay as the original levels, but this time you can set traps in; a Turkish Baths, a Motel, an Office Building and a Slaughterhouse. What these locations have to do specifically with 1950s America is anyone's guess.  The DLC also provides; new challenges, new introduction cut scenes and updated leader boards.

To aid in visualizing the new DLC, here is a gallery of images.