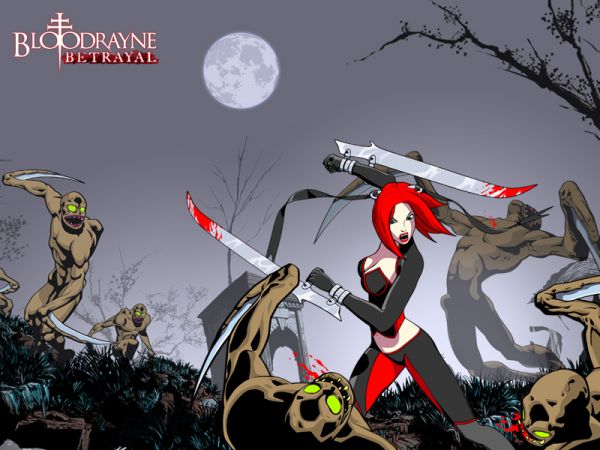 As E3 approaches, the tidal wave of new game information is pouring out all over the internet.  Amid the onslaught comes news of a new Bloodrayne game, but different than the series' third person action roots.  Bloodrayne Betrayal is coming to XBLA and PSN, and it's a sweet looking 2D brawler.  The announcement trailer for the game, found at the game's official site, shows off a slick artistic style with over-the-top blood spurting all over the place.

Of course, the real question with any brawler such this is: is there co-op?  It's being hinted at by Majesco, who claims Bloodrayne will team up with a mystery guest to (naturally) kill some vampires.  Perhaps a better indicator of co-op's inclusion is the developer, WayForward, who was responsible for Batman: The Brave and the Bold, which shares a similar gameplay style and also had co-op.  The truth remains to be seen, but we hope to know more in the next few weeks.