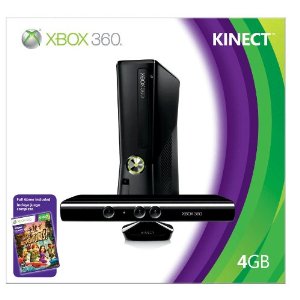 Amazon is doing an entire day of Gold Box Deals around videogames, and while it seems only one or two might be a co-op title (I believe I spy Dynasty Warriors 7 at 1PM EST) there is an all day deal on Microsoft's 360 Kinect bundle.

You can get the new Xbox 360 Slim console with a Kinect and Kinect Adventures for $299 and then receive $100 credit towards other purchases on Amazon.com.  That's almost like getting two free games with the console.  While the console is the one without the larger hard drive (which you can still buy), this could make a great secondary system for some same house co-op.