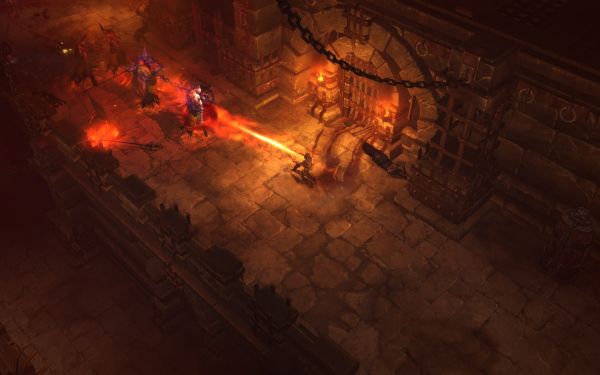 We've already been told that an "external beta" will begin sometime in the third quarter of this year for Diablo 3, the next generation co-op Action/RPG from Blizzard.  Now Russ Frushtick of the MTV Multiplayer blog may have narrowed down exactly when that is going to be.

In late July, Blizzard is hosting a press event at their HQ in California to unveil the beta, give some hands on time to press, as well as talk about any other details around it.  Sadly, Co-Optimus didn't get an invite, but according to Frushtick the information learned at the event will be under embargo until August 1st, 2011.  Because of this, at the very least, we'll most likely be learning of when we'll get our hands on the beta on said date.

We'll keep our fingers crossed that we'll be getting our hands on the game that was officially announced 3 years ago, sometime soon.  We double rainbow hope the beta has co-op.