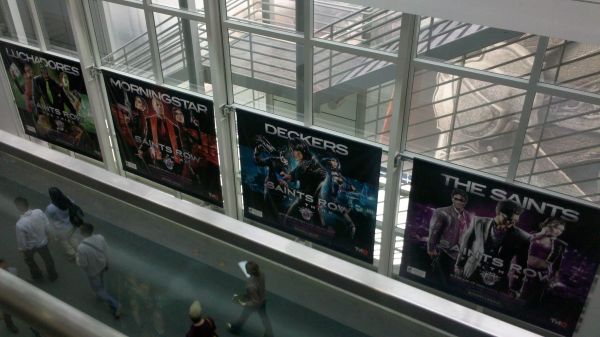 No, you are not having deja vu.  We ran this video from Saints Row: The Third about a week and half ago.  It was pretty good then, but you'll probably find it even better now.  (Not that there's anything wrong with Daemon Hatfield.  He's positively dreamy.)  You'll see this is a cleaner version of the video, with some added developer commentary from Volition's Drew Holmes.  If you didn't catch  the vid before, now's your chance.  It's got people-sploding fists, air strikes, tanks, giant novelty sex toys, the ridin'-the-pony-gettin'-some-dance, and ladies getting punched in the baby-maker.  Just click the "Read More" button.  I guarantee you won't have to read during the video.

Saints Row: The Third will be out on November 15 for the Xbox 360, PlayStation 3, and PC.  It supports 2 player online co-op.  Special Note: Attentive readers may have noticed that last week's video made mention of local co-op.  We really hope this is true.  We are currently checking with Saints Row: The Third PR to confirm this, because we are awesome.  We'll update if and when we get confirmation.