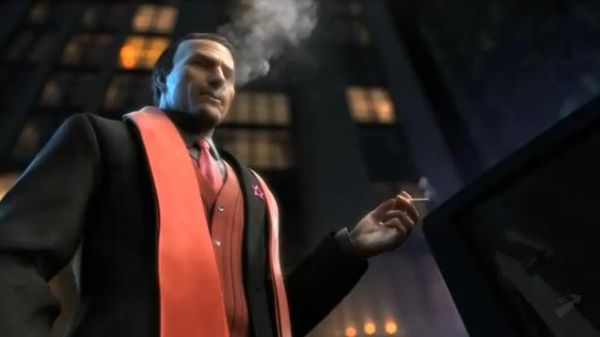 It's a new month. You know what that means. It's time to fire up the PlayStation 3 and "purchase" all the "free" games which are leaving the PlayStation Plus Instant Game Collection with the next update. It's also time to welcome in the latest crop of freebies.

This month we'll be getting Deus Ex: Human Revolution, Saints Row: The Third, and Machinarium for the PS3 as well as Zero Escape: Virtue's Last Reward for the PlayStation Vita. I hear Deus Ex and Machinarium are both quality titles. I haven't played them, so I'll be picking them up. I have played (and reviewed) SR3  and I can tell you it's great stupid fun. If you've somehow missed out on this cooperative third-person-open-world-gonzo-action-game I highly suggest picking it up -so long as you're okay with foul language, not-so-subtle innuendo, PG-13ish nudity, and insane violence. As much fun as it is, it's even better with a friend. Saints Row: The Third supports two player online co-op.

I should note that Deus Ex: Human Revolution is scheduled to hit in today's update, but the other games will become available later this month. The following titles will be leaving the Instant Game Collection this month. Plan and free up your hard drive space accordingly.