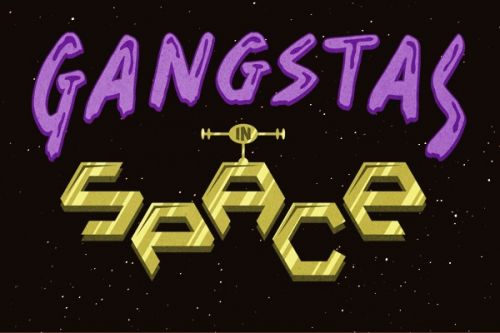 SPACE: The final frontier. These are the voyages of Saints Row: The Third. Its mission: To explore strange new worlds, to seek out new life and new civilizations, to boldly go where no gangsta has gone before. The latest mission based DLC for Saints Row: The Third blasts off today in the form of 'Gangstas in Space', priced at $6.99, or free for season pass holders.

Not a huge amount is known about this latest DLC, with the official Saints Row: The Third website only giving a tentative indication what is on offer:

From the visionary mind of big-shot Hollywood director Andy Zhen, the Saints are back once again to complete the final scenes for their future blockbuster, “Gangstas In Space”. With the world waiting in anticipation of the very first Saints movie, there’s a lot on the line, and it’s your job to act the part. Starring the Boss and introducing Jenny Jaros as Princess Kwilanna, you’ll experience action, drama, blow-up dolls, and one hell of an alien invasion through a series of new missions.

Players of Saints Row: The Third should be aware of the concept of 'Gangstas in Space' as it pops up on posters in the game, but now you can to play it. Whether this will be a set of mission on how to create a cheesy science fiction film, or missions set in space is unknown.  That is until you download the DLC today!