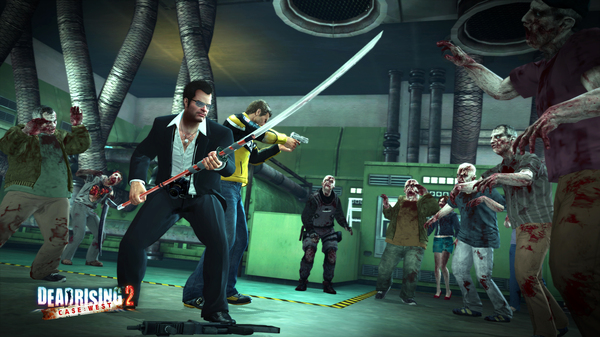 Dead Rising 2: Case West, the downloadable "sequel" to Dead Rising 2 is on sale right now for 50% off on Xbox Live Arcade.  The game features a two player online co-op mode with one player as Chuck Greene and the other as Frank West in some zany zombie slaying action.  It's a game we reviewed quite well when it was released late last year.

or $10.  Go ahead and download it right here.  It'll hold you over till Dead Rising 2: Off the Record.