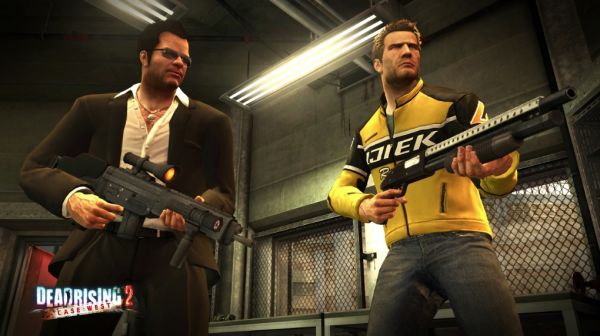 After escaping Fortune City in Dead Rising 2, it's time for Chuck Greene to figure out what's going on with Zombrex and these pharmacy companies once and for all. He'll be teaming up with fellow survivor Frank West in the new DLC titled Dead Rising 2: Case West to investigate that very mystery.

With this Case West DLC you'll be getting more than the ability to investigate the dealings in the Phenotrons facility, you'll also be granted new combo weapons, new enemies, and even the return to film: Frank will be able capture those stunning moments with his prized camera.

As with all great things there is a catch: Case West is an Xbox 360 exclusive just as Case Zero was. Hopefully Playstation fans of Dead Rising 2 speak up in outrage so they may enjoy these two great DLC storylines.

. If you haven't finished up Dead Rising 2, check out Samoza's Co-op Achievement Method editorial to make the most of your co-op time (with maximum achievements in co-op).