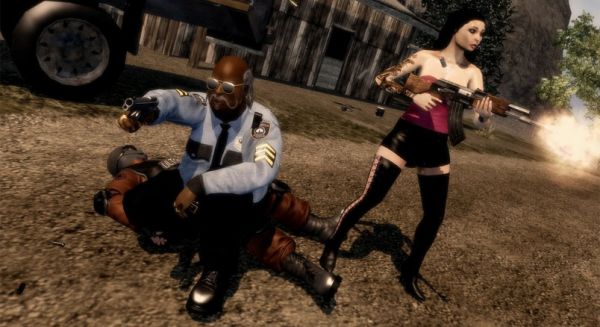 Volition - creator of Saints Row 2 - spilled the beans on just how difficult crafting an open-world co-op game can be. Doing so without implementing tethers (like in Mercenaries 2: World in Flames) is apparently more of a technical achievement than most of us realized, according to designer David Bowring. "Pain and suffering" were the words David used to describe the process, but followed shortly by "gratifying". In fact, he went so far as to claim that a game's shelf life is extended by cooperative play, thanks to the inherently social nature of co-op.

For us, it can be very frustrating to hear developers blame the lack of true co-op on technology, and it's encouraging to know that it really is the case; it's not always a poor excuse. From Volition's point of view, co-op is not being treated properly unless the game is designed for it from the ground up. David's statements reaffirms what we believe is the future of gaming, and it's nice to see more and more acknowledgement for co-op in the games industry.