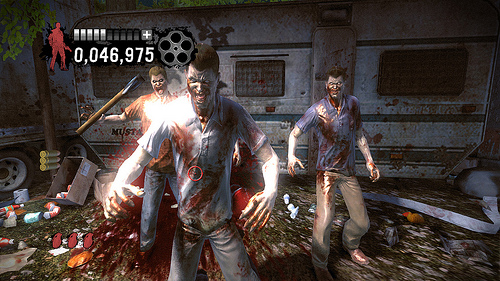 Today we have a new House of the Dead: Overkill - Extended Cut video for your viewing pleasure.  Violence and strong language are prevalent, as they should be.  We've already covered f the gory details of this PS3 remake of one of the Wii's most mature titles.  Check out the video.  Dude says "Hammertime" then beats a mutant with a hammer.  It doesn't get any better than that.  Extended Cut will even feature two new levels with full PlayStation Move support.  Two local players can battle the zombie mutant horde together.  You can expect House of the Dead: Overkill - Extended Cut this October.