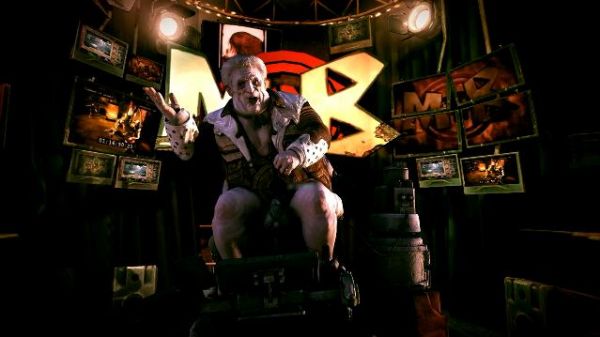 Pants are for chumps.

The latest RAGE developer diary focuses on the Wasteland, a giant plate that the game world sits on.  (They're words, not mine).  This video covers some of the characters, multiplayer car combat, the environments, and they even mention co-op.  The car combat and environments are looking pretty sweet.  The co-op, which we haven't seen yet, refers to the "Legends of the Wasteland" mode. This will allow two players, either online or locally, to battle through re-vamped single player missions.  Unfortunately, there won't be any driving elements in these co-op sessions.  At least that's what id Software Creative Director Tim Willits told me when I spoke with him at E3.

You can expect to play RAGE on October 4th.