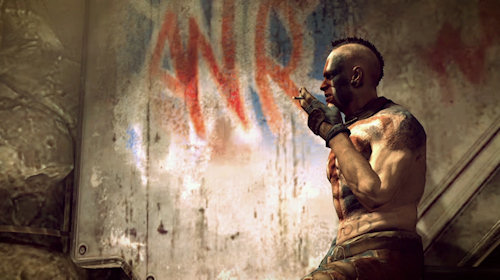 Did you use the Xbox 360 HDD install option for Halo: Reach? If so, then you probably noticed significantly faster load times in exchange for 7 GB of memory. It seems now that the race is on for the most outrageous install memory requirements - L.A. Noire needed just over 18 GB, and RAGE is set to surpass that (as any self-righteous post-apocalyptic thriller should)...

...with an install requirement of 22 GB.

Yeah. "Holy cow", indeed. It's a whopper of an install, but remember: it's completely optional.

John Carmack - of id Software and game design legend - explained that the huge memory consumption was due to the fact that this won't be a partial install; it's the entire disc being transferred to your hard drive.

On the 360 we don't have a partial install option. It's all or nothing, which is kind of unfortunate. It means you have to install 21/22GB of stuff which takes a long time but if you've got it and you play it on the 360 that's the way to go.

It's fair to say that choosing to utilize this function does benefit you in most cases...but choosing not to has never been known to detract from the game experience.

While running the story, Eurogamer took a moment to quote a recent hands-on preview, which is worth a look if you haven't already read it. RAGE is due to shelves October 04th.