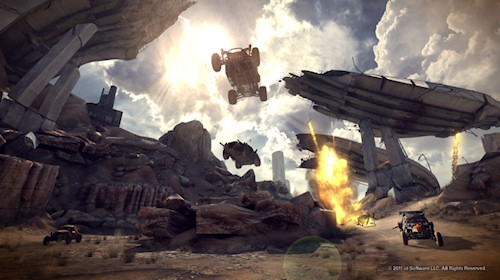 RAGE came out in October of last year and since then, we haven't heard much about the game.  Reviews were across the board, the versus multiplayer was forgetful, and the co-op mode was average at best.  But new rumors suggest the game might be getting a life injection in the form of some new co-op DLC.  Siliconera reports a new ratings submission to PEGI could have revealed some new content...or a new game.

The content is called RAGE: The Scorchers, which were a bandit clan that were cut from the final game.  The ratings listing states that "this game allows players to interact with other players online."   Considering you can get the game for less than $20 right now, RAGE might be something to pick up if you missed it to fill a mostly empty July for gamers.