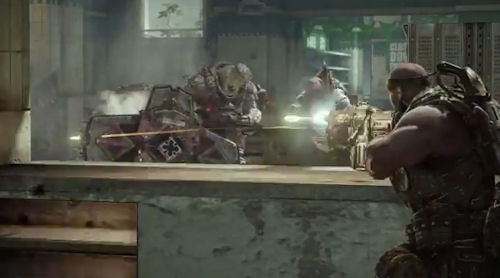 Gears of War 3 is out in a little over a month.  Soon we'll be playing through the game's four player co-op campaign with Marcus, Dom and friends kicking some locust butt.  We'll also be able to play through the game's revamped Horde mode, one that adds strategy to the mix along with its normal action.

To amp up your anticipation of the mode, Epic have released a brand new trailer to thrash to.  The music is from hip-hop artist Ice-T and it's actually from his metal band called Body Count.  It's being touted as a "love song to Gears."  I'll leave you to reserve judgement.