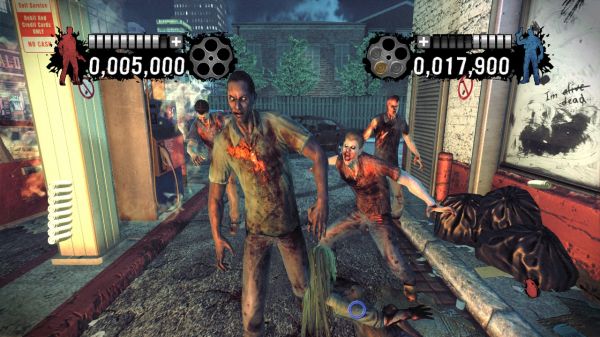 House of the Dead: Overkill - Extended Cut isn't a simple re-release on the PS3.   The Move-enabled title is going to have two additional levels, and one of them will be a new stripper-rific romp called "Naked Terror."  Catchy, I know.  You'll take control of Varla Guns (I just won a bet) and her lady friend, Candy.  You'll blast your way through hordes of mutants in a strip club, a dive bar, and the streets of Bayou City.  The new mutant types include bikers and strippers, naturally.  You can see some new screens after the break.

House of the Dead: Overkill - Extended Cut will be released on October 25th, exclusively for the PlayStation 3.  It will support two player local co-op.