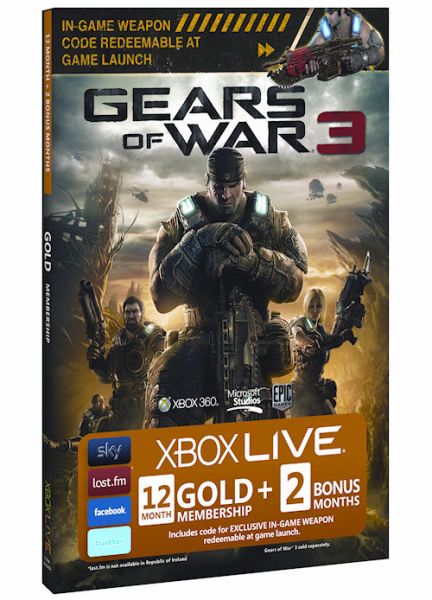 When Gears of War 3 launches on September 20, a great many gamers with lapsed Gold subscriptions will be looking to get back into the online fray. Gears 3 supports four-player online co-op, after all! Hence, Microsoft is releasing a special Xbox Live Gold subscription pack to capitalize on the occasion.

The Gears of War 3 Xbox Live Gold pack includes 12 2 months of Gold membership, which is a fancy way of saying 14 months. I like to do as little math as possible, so let’s just say 14 from here on out, okay? But even more interesting than all that Gold time is a code for an in-game Gears of War 3 weapon that’s included in the pack. We don’t have exact details about the weapon, but it appears to be a Lancer rifle with a Cog logo painted on it.