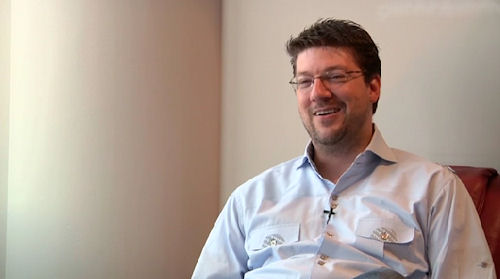 Despite being over a year away, the Borderlands 2 hype train is in full effect.  Game Informer is going to have a full month of coverage on the upcoming title, starting with these two videos.

The first video is a bit more high level and talks more about Borderlands 1 and lessons learned, while the second video is a one on one with Gearbox head honcho Randy Pitchford talking Borderlands 2.  The biggest takeaway from it is that Borderlands 2 will be improved across the board. "Everything in Borderlands 2 has has been iterative, and has polish,"  says Pitchford, "everything has gotten a little bit of attention to a lot of attention."

While that's all well and good, one of the biggest complaints folks had with the first game was the story, or lack there of.  While Pitchford defends the story, he does admit that it lacked in a few places.  "The ending did not pay off the promise, " says Pitchford, relating that what was actually in the vault at the end of the game was not what people expected.  He felt that the General Knoxx DLC found itself closer to the original vision, and that's something that should carry into Borderlands 2.  The game will be filled with "more meaningful activities related to the story.  Everything will be really connected to the universe and sequence of events."

A few other tidbits dropped were the name of the new villain, Handsome Jack.  The fact that the weapons will have a more distinct look and feel to them and a bit more about the new berserker that was revealed recently.  He'll be able to dual wield can be any two combination of weapons, but the melee has returned as well.

So what about the game's co-op?

Pitchford stated the a lot of time has been focused on tweaking Borderlands 2 for co-op gamers.  Split-Screen gets the biggest upgrade with not only improved menus designed for split-screen play, but the highly requested split screen plus online mode.  Right now you can play with at least three players in this mode (2 Split + 1 Online) but Gearbox is unsure if they can get the full four players to work in split screen + online.

Finally Gearbox is hoping to get Cloud based saves working in Borderlands 2, so players can access their characters from any system for easier pick up and play co-op.

The full interview with the ever entertaining Randy Pitchford can be found right here.