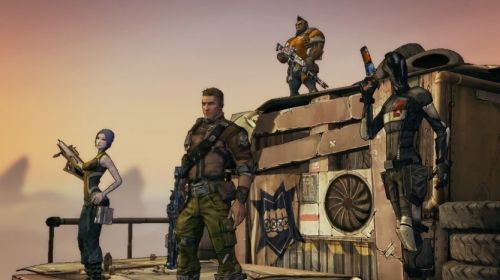 In a recent interview with Gamerzines, Gearbox VP of Marketing Steve Gibson claimed "it takes 58 hours to play through the campaign" of Borderlands 2. Wow. That's a lot of loot. To be fair, this number came from some "guide guys," who most likely scoured every inch of Pandora. That's what "guide guys" do. The tally was for a single playthrough by one character.

If you're like me, you took all four classes from the original Borderlands to the level cap of 50. (It was later upped to 69 through DLC.) This required at least two playthroughs for each character, which meant beaucoup hours. So let's see here... for Borderlands 2 we've got four characters (five, if your pre-ordered) times two campaigns each at 58 hours per campaign, adjust for the airspeed velocity of an unladen Rakk, factor in outside societal factors, plus the overall disappointment loot-mongers have expressed with Diablo 3...

Yeah. Most of us will be single and out of work by December. Thanks, Gearbox! Maybe I can get a job as a shield midget.

The campaign length came up when Gibson was discussing the longevity of the franchise:

What we like to think about it is, Borderlands is a hobby. Some guide guys just did a playthrough of Borderlands 2 and they reported back to us that it takes 58 hours to play through the campaign – and that’s just one playthrough with one character,” Steve revealed to us proudly.

“So the depth with which people can get into that…Yeah we look at it as a hobby, and that isn’t even counting the new Badass Points system and how that’ll affect every character you do. We want it to feel like you get more for your money, we’re happy for people to pay their money once and feel that they get ongoing value.

I've heard lofty numbers touted for campaigns before. I'm often disappointed to find that the playtime usually lasts only about half of what was advertised. Still, a 30 hour campaign is nothing to scoff at, especially for a shooter. My wife and I dumped over 300 hours into the original Borderlands. Hell, we're starting up new characters for one last hurrah before Borderlands 2 drops this fall. The original offered hundreds of hours of gameplay and still has us interested three years after launch. I expect nothing less from the sequel.

You can read the rest of the the Steve Gibson interview at Gamerzines. For more informative Borderlands 2 discussions be sure to check Co-Optimus' awesome video interview with Gearbox 's president, Randy Pitchford.