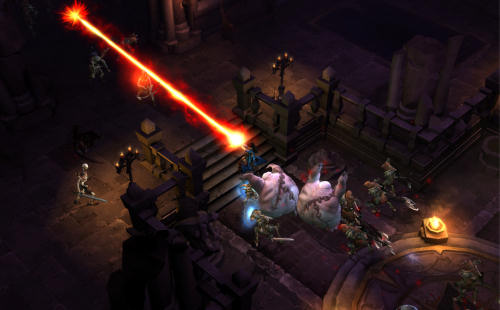 In case you hadn't heard, Blizzcon is going on right now.  That's right, Blizzard is so big and so awesome in their infinite gaming goodness that they have an entire conference in Anaheim California promoting their software.

On display (and playable) is 5 player co-op friendly Diablo 3.  To celebrate Blizzard has released info on the next official character class, the Wizard.  From what we hear he or she is based a bit on the druid class from Diablo 2, so it looks like he's right out.  That's ok the, the Wizard sound pretty badass to me.  He (or she) is "a wielder of the elements and a master manipulator of time, the wizard can hurl environment-shattering lightning bolts, channel explosive arcane energies, and create pockets of space outside the normal temporal flow."

So now we know about the Barbarian, the Witch Doctor and the Wizard.  But wait, the title of this article said ALL classes were revealed.  They were, in picture form at least.  A clever Blizzcon attendee managed to snatch a screen capture of the character select screen.

There's a sneaky picture of all 3 classes in both male and female form floating around the internet.

Want to see it?  Hit the read more link.  Want to see 10 new screenshots of the Wizard, you'll find them in the same place. 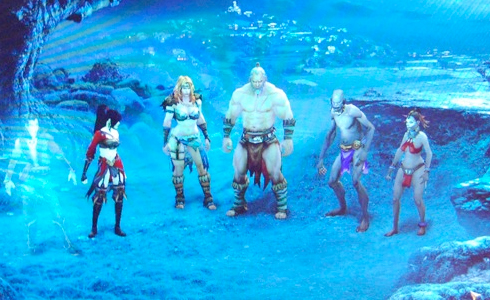 Any guesses as to what they are?