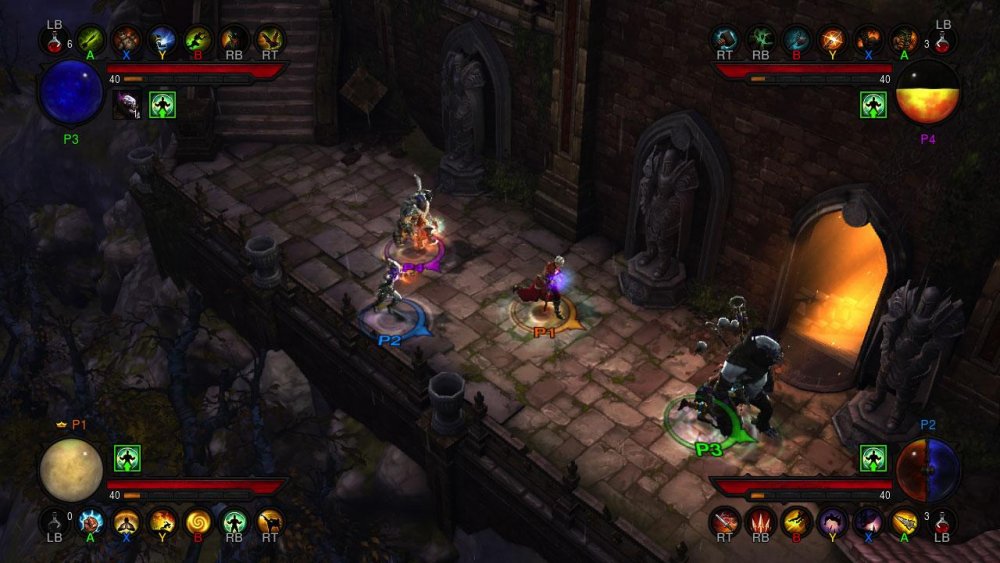 A brand new patch for Diablo III recently released on the console versions, fixing bugs that mostly deal with game crashes and other gameplay quirks that fell under the radar.

The quality of the console versions of Diablo III came as a surprise to a lot of gamers, in that it was successfully ported and retained its novel gameplay at that. But, like any good game port, there are bound to be flaws found in the design. The most recent update from Blizzard hasn’t added anything new, content-wise, but does polish and tie up loose ends of many small issues (like the endless vibration glitch on Xbox 360 controllers). We have the full list of changes for the most recent update below, so take a quick look:

Gameplay Fixes
• Enabling Elective Mode no longer causes "New Slot" notification stars to appear for the original slot as opposed to the slot the skill is assigned to.
• Hardcore characters in the process of taking fatal damage while exiting the Scorched Chapel will no longer be permanently killed.
• Followers can no longer permanently lose all items after migrating from one game host to another.
• The following four item sets will no longer repeatedly and permanently add core stat bonuses each time the player logs out of the game: Blackthorne's Armor, Endless Path, Zunimassa's Whispers, Guardian's Contingency. (This fix will also retroactively correct inflated core stat bonuses on heroes affected by this bug prior to our hotfix going live.)
• Equipping a quiver with a two-handed bow will no longer cause Quick Compare to incorrectly reflect a loss in damage.
• Square gems should now only drop in Hell difficulty, which is also where the required items to combine them drop.
• The Paragon experience bar for Player 2 and Player 4 now displays correctly instead of being visually clipped at the ends.
• Fixed a bug that caused a player's experience bar to not display in multiplayer games if a another character with a Paragon levels had entered the game first.
• Fixed a bug that caused the inventory to not display unidentified Legendary items.
• Fixed a bug that caused the inventory to display equipped items twice if you exited the gem socketing sub-screen with the Select/Back button.
• Fixed a bug that caused the controller to become stuck vibrating indefinitely.

Made changes to address corruptions of saved game data.

Diablo III is available on both the Xbox 360 and PS3 consoles, sporting solid 4-player online and local co-op modes. Do check out our review of the console versions if you haven’t already!