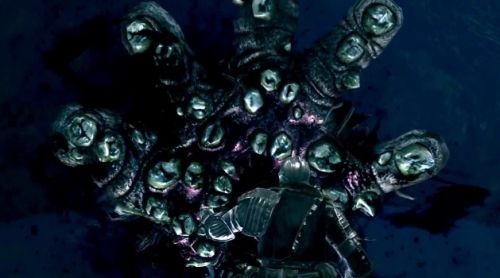 Last week Namco Bandai announced the Dark Souls: Prepare to Die edition for the PC. The punishing RPG was originally going to be available only on consoles, but a popular online petition (and I'm sure a few behind-the-scenes factors) convinced Namco to bring the game to PCs. It wasn't that big of a surprise. German and Australian sources had already tipped their hand a few weeks ago. Self-loathing PC gamers with a penchant for masochism were understandably delighted.

Along with the announcement came rumors that the Prepare to Die edition would include two new bosses. While these rumors weren't false, they weren't entirely accurate, either. The PC version will include much more content than merely two bosses.

The original content will include three to four bosses, three to four areas. The numbers are still tbd. That's the amount of volume, and there will be a new storyline as well. And also there will be more NPCs, more enemies, and the equipment of NPCs or enemies will be available to wear.

Miyazaki had this to say:

It's completely understandable that people who bought the original console version have those questions [about DLC], However as a director of Dark Souls: Prepare to Die Edition I cannot answer your question.

"But I want to emphasize my sincere apologies for people who bought the original console [version] that we don't have any news for them at this point. I'm very sorry!

I'm going to go out on a limb here, and predict the new PC content will come to consoles. Once news was out that the Prepare to Die edition included more than just a few bosses I felt a disturbance in the Dark Souls universe, as if a million players suddenly screamed "Shut up and take my money," then fell silent. Then they began complaining and begging on the internet. More petitions were started, some asking for Namco to drop Games for Window Live, some asking for DLC. It is a silly place.

Soon PC gamers will be able to participate in similar violent debauchery.

Dark Souls supports three player co-op. It's not a traditional co-op game, and I highly suggest you read our Co-Op Review and FAQ before you dive in. It's is currently available on the Xbox 360 and PlayStation 3. The Dark Souls: Prepare to Die Edition will launch on PCs on August 24th. I expect the extra content will be available to consoles around the same time in the form of DLC.

If it's not I'll shave my head.