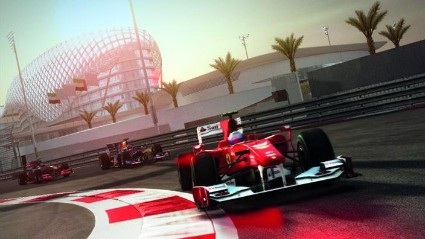 Co-Optimus first brought you confirmation that the upcoming F1 2011 would have co-op and now Codemasters have reiterated our news that you and a pal can meet online and tackle a full F1 season as team mates.  To celebrate, a new video of game footage has been released that recreates some of the highlights of the actual 2011 Formula One season so far.

The online mode of F1 2011 is looking increasingly impressive, with a full grid being populated by a mixture of human and AI players.

Players will be able to race against 16 players online plus 8 AI cars to simulate a full 24 car grid, team up with a friend to play through a full season in a new co-op Championship mode or enjoy multiplayer racing from the sofa in split-screen mode...

Other improvements have been made over F1 2010, including a safety car feature that will come into play when an accident happens on track.  Codemasters have assured gamers that the safety car can be switched off for those looking for a more arcade experience.

F1 2011 is due for release on September 20th in the US and 23rd in Europe.  Those hungry for race action before then will have to make do with Codemasters' promotional video and the Belgium Grand Prix this weekend (come on Jenson!)