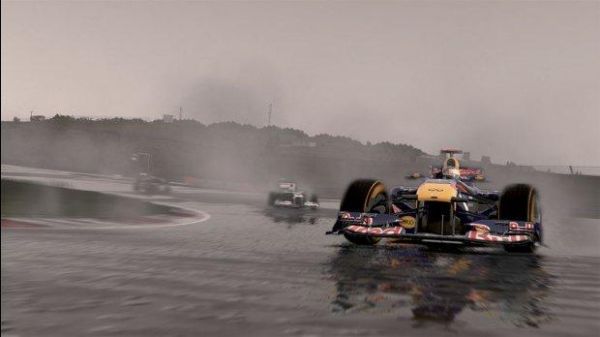 Developer Diaries are a useful innovation by the game's industry.  They give fans a behind the scenes glimpse at exciting upcoming games and the developers a voice in the market.  Amongst the PR tittle tattle there are often new nuggets of information for those able to sit through a series of talking heads without nodding off.  This is the case with Codemasters' new dev diary about F1 2011.  WAKE UP! Co-Op campaign mode is official.

Details on the mode are as slim as Lewis Hamilton's chances of winning this year's championship, but the F1 forums are currently abuzz with rumors the mode will be online only and not splitscreen.  The term co-op campaign suggests that you and a pal will be able to play an entire F1 season as teammates.  Codemasters fail to mention that teammates in F1 are often Machiavellian as they try their hardest to impress their bosses.  The only truly comparable driver on the circuit is your teammate, who is the same car; your career prospects depend on beating them.  As well as mentioning the co-op campaign, the development video also gives details about an improved multiplayer mode.

As more co-op details arrive Co-Optimus will be in pole position with the news.  Think of this video as a taster of the upcoming British Grand Prix this weekend - And They're Off!