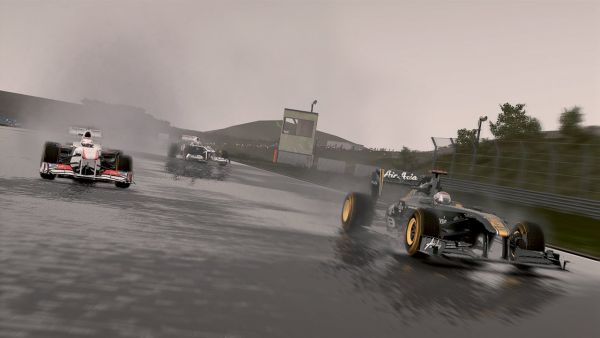 Some new details have emerged for F1 2011's co-op campaign.  It's rare enough to find a racing game with co-op, but F1 2011 has something in store for online and local racers.  Yes, you can play a whole season with a teammate both online or locally via split screen.  Now you can get your "Shake and Bake" on in the same room.  Just remember to let your teammate win sometimes.  If you don't, he may just steal your woman, your house, and all your sponsorships.  Then you'll end up hanging out with Bill Lumbergh, who will force you to drive blindfolded while fighting a damn mountain lion, all in a desperate attempt to get your confidence back.  Or not.  Maybe that only happens in NASCAR.

F1 2011 will be out for the Xbox 360, PlayStation 3 and PC on September 23rd.  You can see some swanky gameplay footage after the break.