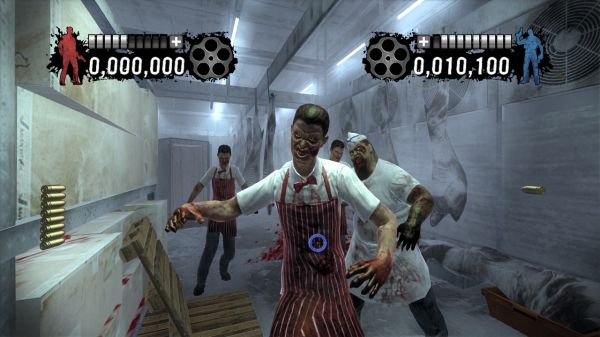 The latest batch of screenshots from House of the Dead: Overkill Extended Edition on the PlayStation 3 showcase the second of the two bonus episodes found in the game.  Called "Creeping Flesh" these screens focus on a slaughterhouse environment that is over run by not only zombies, but some sort of creepy infection.

The first bonus episode was called Naked Terror.  House of the dead: Overkill Extended Edition is out October 25th on the PlayStation 3 featuring two player local co-op with Move support.