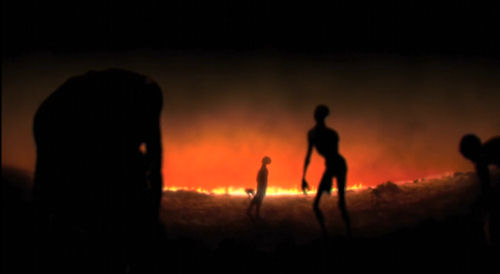 Having never played more than a few hours of Demon's Souls, I can't comment on that game's world or story much.  But the latest set of trailers for the game's sequel, Dark Souls, makes it feel like a darker Tolkien-esque world.  You can view parts 1 and 2 of the prologue below, with the rest of it to be released in the coming weeks.

Dark Souls is will be out on October 4th on the Xbox 360 and PlayStation 3 with three player online co-op.