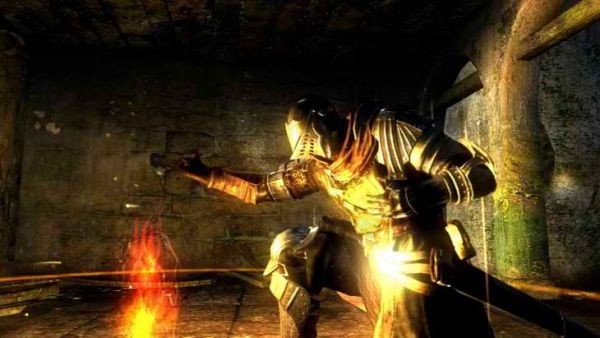 Dark Souls launched last week in Japan.  After dealing with some "early adopters" with swift and brutal justice, developer From Software had another problem on their hands:  Players were experiencing freezing issues while playing online.  I, for one, hope this happened while the game was on a close-up of an enemy's face, leaving some poor gamer to wonder if they had just entered into the most grueling staring match of all time.  From Software quickly took the servers offline, allowing players to continue the game solo.  A new patch that fixes these freezing issues should be up tomorrow.

That means we can expect a day one patch over here in the States when the game launches on October 4th.  Dark Souls is a PS3 exclusive in Japan, but it is available for both the PS3 and Xbox 360 in other regions.  Time will tell if the Xbox 360 version is affected when it goes online next week.  Dark Souls multiplayer components are online only, so let's hope the game is ready on launch day.  It supports three (and maybe four) player online co-op.