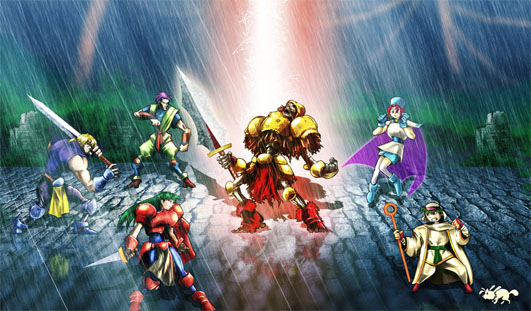 Guardian Heroes HD comes out in about a month, and will hopefully be a nice shot to the nostalgia vein of gamers who loved the original. What fans might not know, however, is that the project was originally envisioned as a sequel to the Sega Saturn game. When developer Treasure pitched Guardian Heroes 2 to their publisher, SEGA told them to first re-establish the IP. So there you have it, the fate of Guardian Heroes 2 will be determined by how well Guardian Heroes HD does.

What does the potential GH2 have in store, you ask? Treasure's Hiroto Matsuura teased that it's still a 2D, layer-based game, as that's essential to the mechanics they love about Guardian Heroes. Some characters or backgrounds may be 3D, but the core mechanics will be much the same.

What do you guys think? Would you dig playing a new Guardian Heroes game?